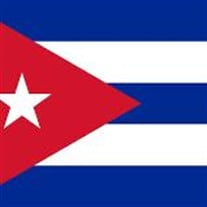 Fernandez, Alberto, age 65, (born in Havana, Cuba) of Rochelle Park, formerly of Union City and Oradell, passed away on Saturday, May 15, 2021. Beloved husband of Maureen (nee Peschetti). Devoted father of Alberto N. Fernandez and Adrian J. Fernandez. Loving son of Carmen Gonzalez and the late Alberto Fernandez. Dear brother of Nestor Fernandez. Adored son-in-law of Joan Deri and Nicholas L. Deri (deceased). Cherished nephew of Josefina and Antonio Gonzalez. Close cousin of Carlos Ricoarango. Alberto was a long-time employee and mortgage banker at Bank of America in Morristown. Prior to that, he was the proud owner of Cosmic Courier, a science teacher, a Park Ranger and an environmental educator. He earned a Master’s Degree in Environmental Science from the University of Michigan, and committed a large portion of his life to working with the New Jersey School of Conservation in his favorite place in the world, Stokes State Forest. Alberto was a hustler through and through, who went from being an immigrant kid, to owning a home in Bergen County. He was a mainstay in the River Dell Wrestling community. He liked his home fries burnt, his coffee black, and the air conditioning on when everyone else wanted the heat. When he did drink, it was dark beer, or Jameson neat. He liked Lynyrd Skynyrd, ZZ Top, and that one Beyonce song too. And nobody could ever outwork him. He was proud to be a Cuban refugee, and even prouder of his two sons. He will be deeply missed by his family and friends. Visitation will be this Thursday May 20th from 1:00 PM to 5:00 PM at Volk Leber Funeral Home, 268 Kinderkamack Road, Oradell. A funeral service will begin at 4:30 at the funeral home. Private cremation. In lieu of flowers, donations can be made in his name to The National Brain Tumor Society: www.braintumor.org

The family of Alberto Fernandez created this Life Tributes page to make it easy to share your memories.

Send flowers to the Fernandez family.