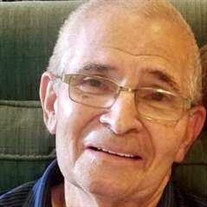 Anthony William Aurigemma, 78, of Oradell, NJ died on January 16, 2020. He was the only child of Albert and Elizabeth Aurigemma. He was born on October 29, 1941 in Union City. After graduating from St. Michael’s School in Union City, he went on to earn a Bachelor’s and Master’s degree from Jersey City State College. It is there that he met his wife of over 54 years, Maureen (Doris). He was a devoted father to Jeffrey (Vonnie), Sean (Laura) and Melissa (DJ Honold). Loving “Poppy” to Caroline, Nicholas, Jacob, Elizabeth, Jack, and Joseph. He worked for over 40 years in the Jersey City Public School system as a teacher and administrator. After retiring, he spent his time volunteering at the Bergen County Zoo at Van Saun Park and at Oradell Public School where he was fondly known as “Mr. Tony” to all of the students. He also served as Vice President for the Friends of the Oradell Library. Every election, you could find Tony working the polls from start to finish. A wake will be held at Volk-Leber Funeral Home, 268 Kinderkamack Road, Oradell, NJ on Sunday, January 19 from 3-7pm. A Mass of Christian Burial will be held on Monday, January 20 at 10:00am at St. Joseph’s RCC in Oradell, NJ. In lieu of flowers, donations may be made in his name to: St Jude Children's Research Hospital, 501 St. Jude Place, Memphis, TN 38105 or at st.jude.org

Anthony William Aurigemma, 78, of Oradell, NJ died on January 16, 2020. He was the only child of Albert and Elizabeth Aurigemma. He was born on October 29, 1941 in Union City. After graduating from St. Michael&#8217;s School in Union City,... View Obituary & Service Information

The family of Anthony W. Aurigemma created this Life Tributes page to make it easy to share your memories.

Send flowers to the Aurigemma family.