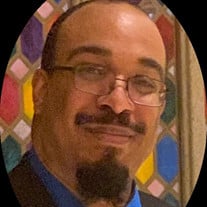 Charles Joseph Motley, lovingly known as “CJ”, was born on October 3rd 1986 to Debra Ann Motley and James Otis Motley. Charles was born and raised in Brooklyn, NY and graduated from Nazareth Regional High School. Always the outdoorsmen, as a child Charles could be seen riding the streets of Brooklyn (and sometimes Queens or even New Jersey) on his bike with his brothers from other mothers: Mikey Opalek, Anthony Opalek and Messiah Quiles to name a few. Charles had a strong work ethic and he and his crew would spend Falls and Winters raking leaves and shoveling snow for the neighbors to make and save up money. In high school, Charles got his first official job working at White Castle, where he stayed for many years. After high school he attended Poly Prep University, now part of NYU’s School of Engineering program, before moving to Tennessee with his mother, father, twin sisters (Jessica and Dena Motley) and cat, Trinity. There he took engineering courses at Tennessee State University. He also worked as an attendant at Circuit City before being promoted to store manager and later took a job working for UPS. In 2014, Charles continued his academic studies in Civil Engineering at Fairleigh Dickinson University in Teaneck, NJ. While in Tennessee, Charles joined the Tennessee National Guard where he proudly served his country assisting with relief and aid for victims of Hurricane Katrina, repairing roads, bridges and other infrastructure around the country, and completing a 4-month tour in Iraq. It was here that Charles earned the rank of Private First Class (“PFC”) E3 in the 278th Army Cavalry Regiment. Charles continued to serve his country when he joined the United States Army as a member of the 630th Route Clearance Company in the 7th Engineer Battalion. Charles completed a year-long tour in Afghanistan before being discharged in 2013. He remained in active reserve until 2016. Charles was a decorated hero and earned numerous awards and honors throughout his service to our country. Before deploying to Iraq, Charles began dating his long-time friend Symonne Kennedy in 2010. The two moved in together in January of 2014 and were married on June 4th, 2018. Their first child is expected to be born any day now. Charles was preceded in death by his father, James Motley, his grandfather Joseph Culmer, and his grandmother Evelyn Culmer. Charles will be remembered by and live forever in the hearts of his wife and unborn son: Symonne Kennedy and Grayson Kennedy Motley; his mother and twin sisters: Debra Motley, Dena Motley, and Jessica Motley; his aunt and cousins: Dawn Lewis, Njeri Lewis, Jalila Lewis, Ayana Lewis, and Gyasi Lewis; his grandmother: Lara Motley; his uncle: Mark Vanderpool; his aunts: Donna Mathias, Dawn T. (Trina) White, and Doris Vanderpool; his cousins: Ryan, Reynard, Reese, Tonique, Russel, Randy, and Tiffany; his godmother and god-sisters: Debra James, Carla James, and Leighann Pediford; his goddaughter: Skyla Fé Kennedy as well as a host of other family and friends.

The family of Charles Joseph Motley created this Life Tributes page to make it easy to share your memories.

Send flowers to the Motley family.