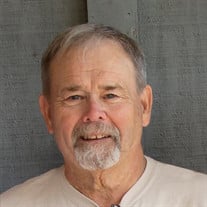 Dennis W. Schultz, Sr., 70, passed away Saturday, November 2, 2019 after a brief but valiant battle with Lymphoma. Dennis was born on August 7, 1949 to William and Lydia Schultz (Hartmann). He attended elementary school in Fairview, Cliffside Park High School, and eventually transferred to Union Hill High School to play baseball in 1965. That same year, his Fairview team won the Babe Ruth State Championships! Upon graduation, he attended Fairleigh Dickinson University for two years, but ultimately left at the age of 19 to join the International Brotherhood of Electrical Workers, Local 164; retiring in 2003. On November 4, 1972 he married his best friend, Linda Ann Wilson. Dennis was known for his commitment to family. His legacy lives on through his beloved children, Dennis Jr., and Carrie. “Pops” later attended his grandchildren’s sporting events, birthday parties, award ceremonies, and every other important life event possible. Dennis was an avid fisherman, loved hunting with is four-legged pal, Maxi, and enjoyed watching televised sports, as well as attending live sporting events. Earlier this year, he retired from umpiring this after over 40 years of service. Dennis was rarely still, and could be described as loyal, loving, selfless, hardworking, and outgoing. His sense of humor will be sorely missed. Dennis is survived by his wife, Linda; son, Dennis, Jr. (Corri), and daughter, Carrie (Steve) Ginetto; grandchildren Hudson, Giovanni, Olyver, Lucca, and Lilliana. Dennis was an only child; survived by his adoring in-laws. Funeral services will be held on Saturday, November 9, 2019 at Volk Leber Funeral Home at 10:30 AM. The family will greet friends from 2:00 to 4:00 and 7:00 to 9:00 PM on Friday, November 8, 2019 at Volk Leber Funeral Home in Teaneck. In lieu of flowers, memorial donations can be made to the Leukemia & Lymphoma Society 14 Commerce Drive, Suite 301, Cranford, NJ 07016.

The family of Dennis W. Schultz created this Life Tributes page to make it easy to share your memories.

Send flowers to the Schultz family.