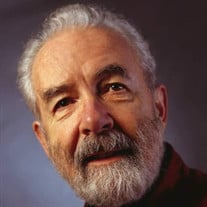 James Daniel Mahoney, a longtime resident of Teaneck, died on June 11 at home in Boynton Beach, Florida, where he lived for the last four years. Jim was born on August 21, 1941, in the Bronx, N.Y., as a first-generation American to Patrick and Ellen Mahony (nee Sullivan), who both hailed from Ireland. For more than four decades, he was a parishioner at St. Anastasia’s Parish in Teaneck. At 27, after spending time in the seminary with the Dominican Order, he married the love of his life, Barbara Anne Gaynor, whom he had met in Rockaway, NY when they were teenagers and had dated before he went into the seminary. Jim was Associate Superintendent of Schools for the Archdiocese of New York for the better part of thirty years, before his retirement in 2005. In addition, he was a lifelong reader and teacher, delving into areas as erudite as mysticism, and as accessible as movies. A natural raconteur and following in the shoes of the Irish who preceded him, Jim loved to be the center of attention at any party and was a true believer in “the more the merrier.” He is survived by his daughters Stacey Anne (New York) and her husband Karl O’Toole, and Kirsten (California) and her husband Joshua Stern; grandson Tobias Seamus Stern (California); brother Patrick Mahony (Canada); as well as nieces Karen Smith (Teaneck) and Evelyn Gaynor (Chicago), nephews Brian Mahoney (California), Charles and Christopher Mahony (Canada), and Alexander Gaynor (Massachusetts), and many other extended family members. He was preceded in death by his adored wife, Barbara Anne Mahoney, and by his beloved brother, Michael Mahoney. The family will receive friends from 2-4 and 7-9 p.m. on Wednesday at Volk Leber Funeral Home, 789 Teaneck Road, Teaneck. A funeral service celebrating his life will be celebrated Thursday at 10 a.m. at St. Anastasia Catholic Church, 1095 Teaneck Road, Teaneck. Thereafter, there will be a green burial (no flowers permitted) at Maryrest Cemetery, 770 Darlington Avenue, Mahwah. In lieu of flowers, please feel free to make a donation to your library of choice.

James Daniel Mahoney, a longtime resident of Teaneck, died on June 11 at home in Boynton Beach, Florida, where he lived for the last four years. Jim was born on August 21, 1941, in the Bronx, N.Y., as a first-generation American to Patrick... View Obituary & Service Information

The family of James D. Mahoney created this Life Tributes page to make it easy to share your memories.

James Daniel Mahoney, a longtime resident of Teaneck, died on...

Send flowers to the Mahoney family.