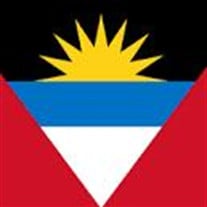 Maurice Alexander Joseph, a devoted husband, brother, father and grandfather, died Friday, July 19, 2019 after a long and courageous battle with illness. He was 80 years old. Born in St. John's, Antigua on August 3rd, 1938 to Charles and Viola Joseph, Maurice excelled and embraced the auto mechanic trade - a skill that he carried with him from the West Indies to the United States where he emigrated in March of 1965. Initially settling in the Bronx, Maurice, also known as Allie to his family and friends, found work in the Little Italy section of Manhattan, embarking on a career specializing in repairing the Swedish car, Volvo. In 1965, Maurice married another proud Antiguan, Thelma Yvonne Kirby, on June 26th in the Bronx. By 1973, the couple had settled in Teaneck, NJ, to a house on a quiet, dead-end street where they lived until 2010. In Teaneck, the couple raised two sons: Michael and Gregory, and enjoyed opening-up their home to family and friends over the holidays and during the summer on their backyard deck. In 1982, Maurice opened his very own business: Maurice Foreign Auto Technicians and expanded his mechanical expertise to cover a range of European foreign cars. Always remembering his journey from the Leeward Islands, Maurice employed many people from Antigua and other islands in the West Indies. Maurice Foreign Auto Technicians was a fixture in Teaneck for nearly 30 years with its last location being on the corner of Queen Anne Road and Forest Avenue. A lover of the New York Mets, tennis, and calypso music, Maurice Alexander Joseph is survived by Michael and Gregory, and his oldest son, Elvis, his sisters Fernella and Edris, brothers Gaithbert, Winston and Augustas, his grand daughters: Jillian and Zoey, and countless other family members spread across the United States and the West Indies. Friends and family will be received on Monday, July 29th from 9:00-10:45 AM at St. Paul's Episcopal Church, Englewood. A Funeral Service will be held at 11:00 AM at the Church. Interment to follow at Fair Lawn Memorial Park, Fair Lawn.

The family of Maurice A. Joseph created this Life Tributes page to make it easy to share your memories.

Send flowers to the Joseph family.