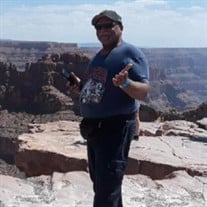 Ronald Costello “Ronnie” was born in New York City on September 8, 1955 to Ronald V. Costello and Joan Bowles Costello. Ronnie went to parochial school at St. Mark Roman Catholic in Harlem until his family moved to Teaneck, NJ. Ronald and his sister Wendy were raised in Teaneck,New Jersey; he graduated from Teaneck High School in 1974. Ronnie attended American International College in Springfield, MA, where he studied pre-med. Ronnie loved hanging with friends and going to parties and events, he met the love of his life Jacqueline at the pier party in NYC where they danced the night away and been together ever since. They joined in Holy Matrimony on September 23, 1989. Two beautiful children were born in their union, Kaitlin Costello and Lindsay Costello. Ronald was a Boy Scout, played football, where he met his best friend Steve and was in softball town leagues for many years. Ronnie grew up as a member of St. Anastasia Roman Catholic Church and later attended Grace Lutheran Church with his family. Ronnie worked as a Warehouse technician at West Penetone for 35 years. Ronald loved to help people; he would do anything to help those who needed it, always offering his services. He had a quiet soul with a great sense of humor, could tell funny jokes and was a trivia wiz, knew the answer to everything. He took such pride and joy in his children and was so proud of their accomplishments, he was a true blue Penn State dad, Nittany lion all the way. Ronald lived a full life with many adventurous hobbies; he was an avid gamer, certified scuba diver and a sports fanatic. His favorite teams were the Oakland Raiders “Go Raider Nation” and the LA Lakers. He had a great passion for music and stereo equipment, he loved gadgets. He loved listening to music and watching movies. His favorite R&B band was Earth, Wind, and Fire and favorite Rock band was Queen. He loved Syfi films and watched with his road dog Steve. If he wasn't spending time with his family, he was taking care of his fish tank, playing video games, and watching sports. Every Football Sunday Ronnie and Steve would watch NFL games at their watering hole bar spot. He loved his sister Wendy dearly; they were thick as thieves and were always there for each other. Ronald loved to travel, he and Jackie have traveled to such places as, the Caribbean islands, and many destinations throughout the US. Ronald ( "Ronnie")Costello, 64 of Teaneck, NJ passed away on April 8, 2020. He was a Beloved Husband and Loving Father, dedicated son and supportive brother. Ronald is survived by his wife Jackie, children: Kaitlin Costello and Lindsay Costello, mother Joan Costello, sister Wendy Costello, uncle John Costello Jr. (Sylvia), aunts Betty Ann Jones, Elizabeth Kirkpatrick and Amelia Kitty Brooks, Great aunts, Ernestine Rosa, Bernadine Brown and LaMarion Peterson, cousins Karen Singletary, Wanda Coles, Wayne Reed and Lisa Taitt, cousin in laws Bernard Thomas (Christine), Clifton Thomas Jr., June Thomas and aunt in law Veronica Thomas, his best friends for life Steven Davage, Tramel Gold Garner and Kathy Marsh and a host of cherished cousins, family, friends and neighbors.

The family of Ronald Costello created this Life Tributes page to make it easy to share your memories.

Send flowers to the Costello family.