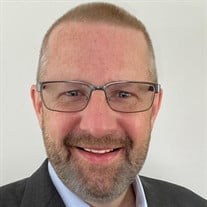 William (Bill) Burke, age 55, of Teaneck passed away on August 9, 2021. He was currently the Senior Vice President, Marketing Strategy & Communications at Licensing International, and previously worked for CBS Consumer Products, HIT Entertainment, Sesame Workshop, and Footlocker. Bill graduated from the Park School of Communications at Ithaca College. He also served as President and on the Board of Teaneck Junior Soccer League for more than a decade. Bill loved living life to the fullest whether it was spending time with his family and friends, traveling the globe, coaching young athletes, spending a cool afternoon on the golf course, or supporting all of his Boston sports teams, “even those dang Red Sox”. He is survived by his wife, Patricia (nae Fraser) Burke, daughter Erin Burke, son Ryan Burke, parents John and Patricia Burke, sister Lisa Burke, and his mother-in-law Irma Hess. In lieu of flowers, the family requests donations in Bill’s memory be made to either of the two charities below: 1. The Camp Nejeda Foundation, a summer camp for children with Type 1 Diabetes, at campnejeda.org or by mail to P.O. Box 156, Stillwater, NJ 07875 2. The Big Apple award. The Big Apple Award scholarship provides support for credit-bearing undergraduate summer internships based in the New York City area. As an alumnus of Ithaca College, Bill actively sought out students from the Park School of Communications seeking internships in New York City. To make a contribution to the Big Apple Award in Bill's name, follow the link and instructions below. Go to https://www.ithaca.edu/giving/ways-give/online-phone-mail. In the "Comment" field enter Giving to (The Big Apple Award) in memory of Bill Burke 88. Select "Tribute Information, Type. and select In Memory Of", enter Bill Burke '88.

The family of William Burke created this Life Tributes page to make it easy to share your memories.

William (Bill) Burke, age 55, of Teaneck passed away on August...

Customized sympathy cards. Mailed for you.