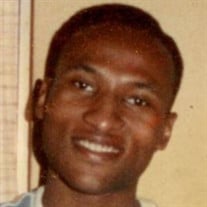 William Alexander Sharrieff (Jones) was born in New York on February 21, 1955 to Mr. William Jones and Mrs. Edith Jackson Jones. William returned to Allah on September 29, 2021. A resident of Teaneck, New Jersey since the 1960’s, William attended Teaneck Public Schools. William went on to attend Lincoln University graduating with a Bachelor of Arts in Psychology in 1977. William lived life on his own terms. Through a journey of self discovery, William converted to Islam in the 1970s. This accompanied a change in last name and a change in perspective that brought joy to his life. William dedicated his life to serving his community. Throughout his career, he served in various positions that allowed him to connect young Black and Brown children to job and educational opportunities, help the formerly incarcerated seek a second chance at life and guide public assistance recipients as they transition from welfare to work. In his most recent position, William worked for over 20 years as a Caseworker with the City of New York’s Human Resources Administration. William served in the United States Army as an Intelligence Officer primarily serving in Saudi Arabia. William was honorably discharged from the U.S Army in December of 1997. We ask you to pray that Allah has mercy on him for any sins he committed, accepts his numerous good deeds, and enters him into Paradise. William was survived by his loving son, William JIhad Sharrieff, mother of his son, Francine Peterson, step-daughter, Kenyatta Peterson, loving and devoted cousins Yusef Ali and Melody and other family members, friends and neighbors. Friends and family are invited to visit this Friday, from 9AM-10AM at Volk Leber Funeral Home, 789 Teaneck Road, Teaneck, NJ. A service will begin at 10AM. Interment to follow at Rose Hills Memorial Park, Putnam Valley, NY.

The family of William A. Sharrieff created this Life Tributes page to make it easy to share your memories.

Send flowers to the Sharrieff family.